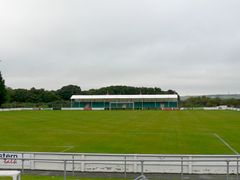 Bath City coach Lee Howells is targeting a win against Chelmsford City as the Romans aim to further distance themselves from the drop zone. MORE >>