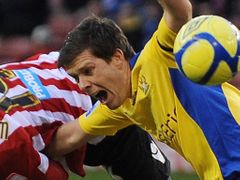 Salisbury City have announced that manager Darrell Clarke has left the club despite leading them to the Conference National last season. More >>

Salisury Ciy have announced that both Brian Dutton and Ryan Brett have agreed to stay with the club for the upcoming season. MORE >>

Five Wings in Team of the Season

No less than five players from Blue Square Bet South champions Welling United are featured in the Team of the Season for 2012/13. MORE >>

Clarke signs on for another year

Salisbury City have announced that defender James Clarke has committed himself to the club ahead of the 2013/14 season. MORE >>

Salisbury City boss Darrell Clarke paid tribute to his players after they sealed promotion with a 3-2 extra-time win over Dover Athletic. MORE >>

Salisbury returned to the top tier of non-league football after a two-year absence as they beat 10-man Dover 3-2 in the Blue Square Bet South play-off final. MORE >>